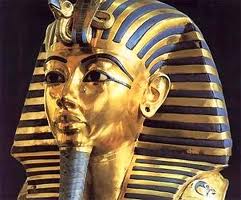 â€œTutankhamun: The Life and Death of a God Kingâ€

The Son of the Sun, Tutankhamun (1334-1325 BCE) was a god in his own time; but he was also a mortal on earth. While the contents of his tomb tell us a great deal about his divine status, what do they tell us about his life and deathâ€”his human side? What did he really look like? Who were his parents? How did he die, and how old was he? Who controlled him while he was on the throne? Did he have any children? What role did his widow Ankhesenamun attempt to play in the selection of the next king? What was his relationship with his successor, the aged Aye. Did Aye switch tombs with him? Why was his tomb equipment so richly provided, including personal gifts donated by important officials and courtiers; and where did it all come from? The new traveling Tutankhamun exhibitions present an occasion to reexamine some of these issues, even though many of them are not yet completely resolved.