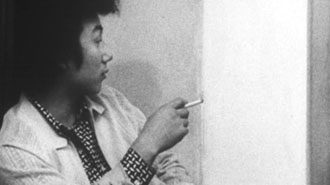 Join the East Asian Film Society in January as we screen the films of noted Japanese director Mitsuo Yanagimachi.

Director Yanagimachi's debut film Godspeed, You Black Emperor! is a documentary which follows the disintegration of a Japanese biker gang known as Black Emperor.

Shot on Black and White 16mm film stock, the film offers a candid and gritty portrait of life among young social outcasts both rebelling against society and striving to connect with others.