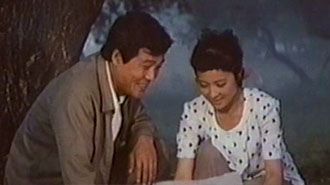 Join the East Asian Film Society in February as we explore the films of North Korea. The films screened are from VHS tapes bought from the Democratic People's Republic of Korea in Pyongyang and give a rare view into North Korean politics and society.

Urban Girl Comes to Get Married is a romantic comedy that tells the story of a fashion designer from Pyongyang who comes to a small village to show her latest designs. Since the fashion designer is young and attractive, the village patriarch comes up with a plan to set her up with a duck farmer who has ambitions of moving to the city.