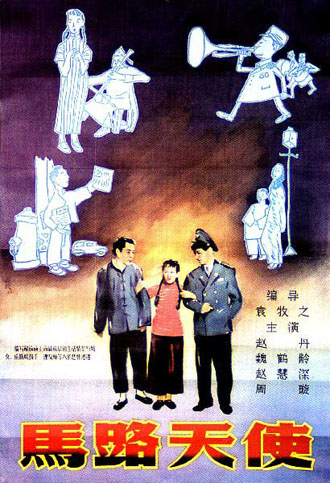 Join the East Asian Film Society as we explore Chinese leftist films of the 1930s and 40s. The first film of this series is the 1937 film Street Angel, chosen as the 11th best Chinese film of all time by the Hong Kong Film Association in 2005.

In Street Angel, the heroine Wei Wei (Zhou Yuwen) is married to a VIP landowner who seems to be suffering from severe depression. World War II has just ended and no one would fault him for his morose temperament. But when a charming doctor comes to visit the family, Wei Wei is thrown into turmoil. She was in love with this doctor before marrying her husband and now he clearly wants her back. Torn between her real love and her duty to her husband, Wei Wei's dilemma is heightened when her spouse takes a turn for the worse and the doctor has to try to save him.