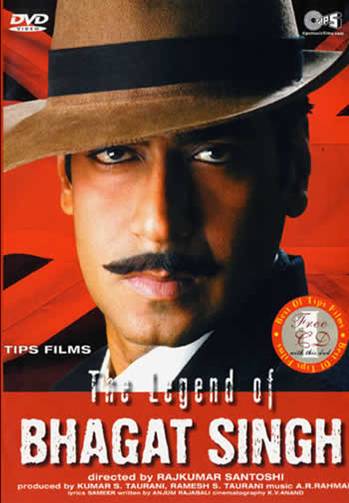 Inquilab Zindabad! (Long Live the Revolution!) In 1931, 23-year-old Bhagat Singh was hanged for his violent resistance to British colonial rule in India.

'The Legend of Bhagat Singh' (2002), starring Ajay Devgan, tells the story of this young revolutionary and his comrades who break from Gandhian non-violence after witnessing the brutality of British colonial occupation. This gripping film, winner of multiple national awards and featuring stirring music, attempts to restore Bhagat Singh to a central place in the narrative of India's independence struggle. As the nationalist martyr himself said, 'You can kill individuals, but you cannot kill ideas.'