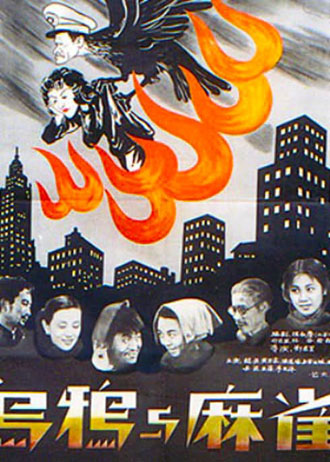 Join the East Asian Film Society as we explore the Chinese leftist films of the 1930s and 40s. The second film in this series is the 1949 film Crows and Sparrows completed just after the establishment of the People's Republic of China.

In Crows and Sparrows, the landlord of an apartment building, Mr. Hou, had opportunistically seized the building from the elderly former owner, Mr. Kong, during the Japanese occupation. Now, however, thanks to the turbulent political situation, he and his wife must leave the city, and make plans to sell the house, evicting all other residents in the process. When the tenants discover this plot, they try to band together to keep their homes. However, some tenants disagree with the plan, and form their own schemes - from demanding that Huo pay them a "vacancy fee" to buying the house with black market gold.