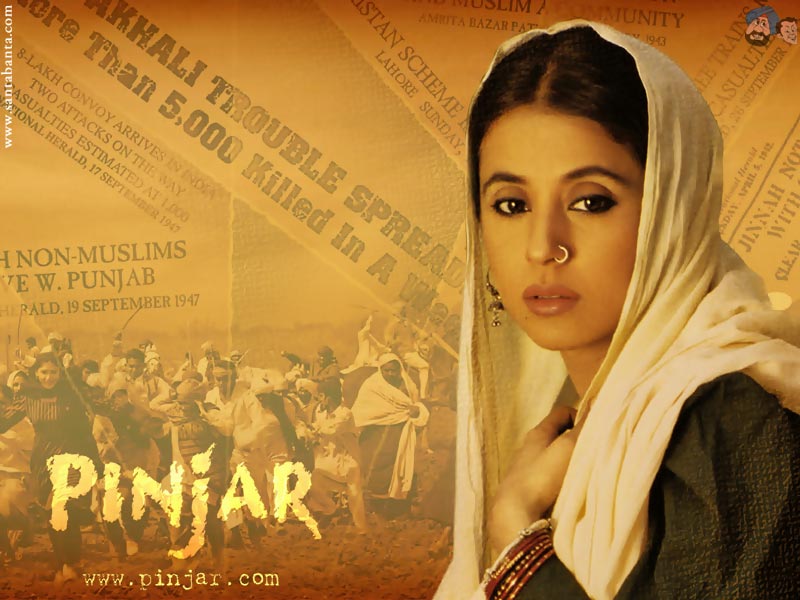 One set of devastated voices almost lost amidst the horrors of the 1947 Partition of the South Asian subcontinent belonged to women who were carried across the new India-Pakistan border and raped, sold, abandoned, or forcibly married to their abductors.

Up to 50,000 women likely suffered this fate, and 'Pinjar' (2003) is a brave Bollywood effort to tell the story of one of them, Puro (Urmila Matondkar), a Hindu bride kidnapped on the eve of her wedding and taken to Pakistan. Despite her dire circumstances, Puro inspiringly manages to make a life for herself in the complexity of the post-Partition chaos as families and new nation-states sorted out who belonged where according to one's religion.