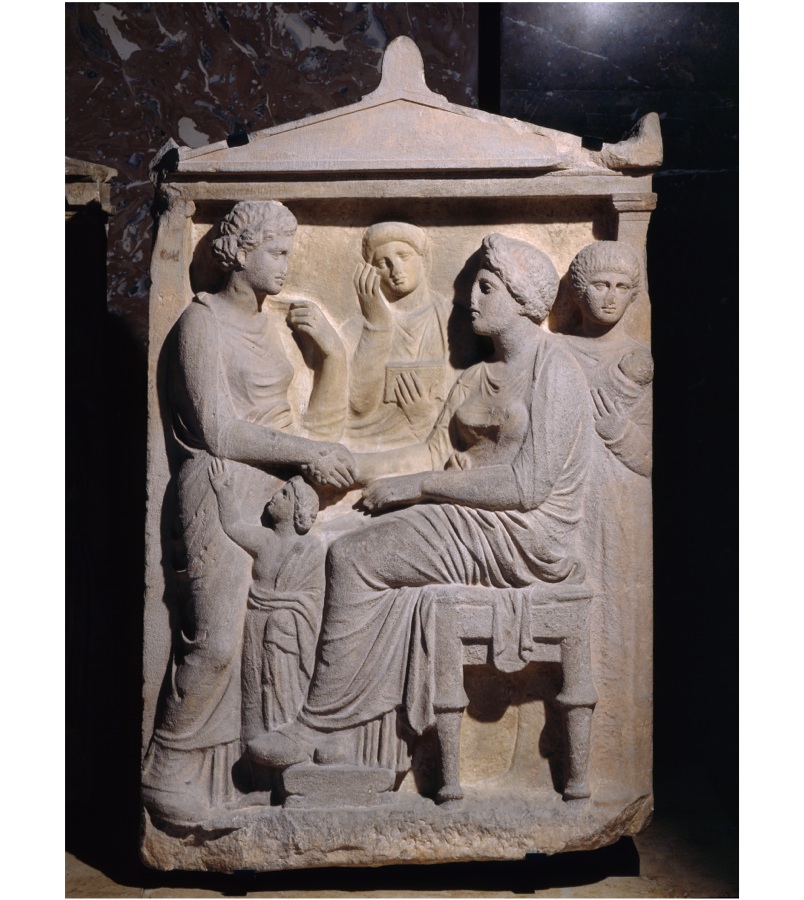 For centuries Attic tombstones have provided a fascinating source of study and comprise some of our most abundant evidence for the social history of ancient Greece; however, there has been little consideration of the frequent appearance of slaves on Attic tombstones. What do these figures reveal (and not reveal) about the relationships that could form between slave-owner and slave? What is their relationship, if any, with images of slaves found in literary and the visual arts? And why do slaves appear at all? The first part of this paper considers the relatively rare stone memorials commemorating deceased slaves, which appear largely, if not exclusively, to be restricted to domestic slaves, and even more restrictively, to nurses (titthai). The second part of this paper considers the appearance of slaves on tombstones for their masters and mistresses, where they are often prominent, to the extent that they sometimes even compete for space with those being commemorated.