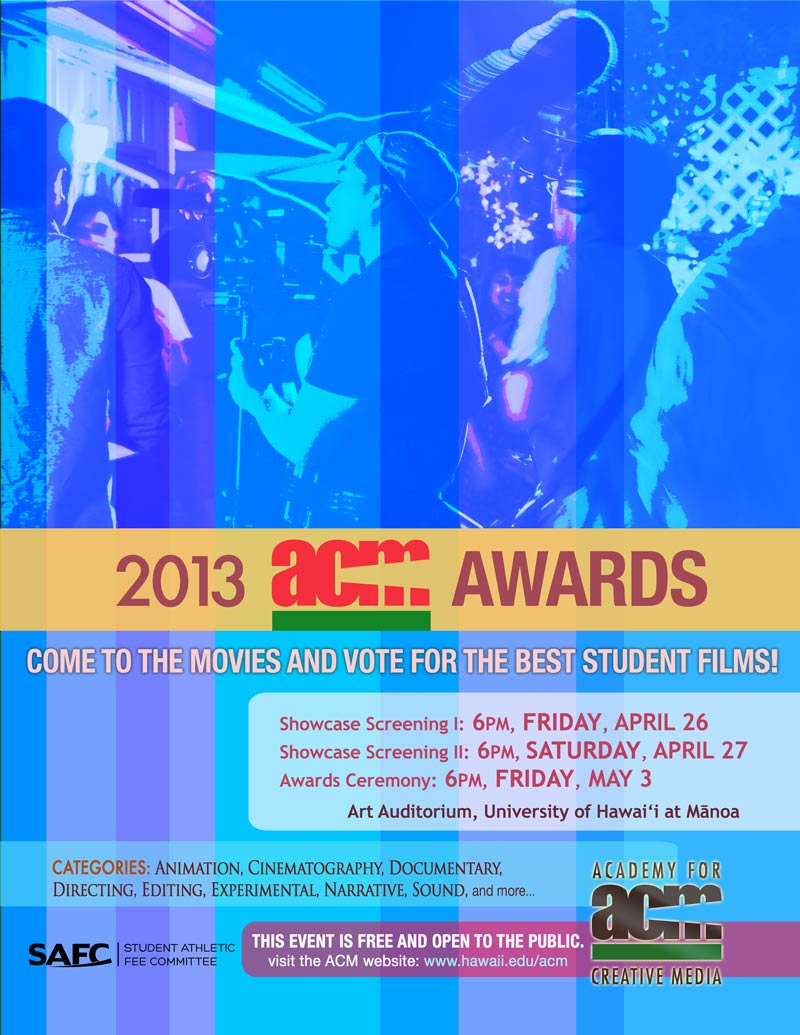 Come to the movies and vote for the best student films from the Academy for Creative Media! Vote for your "audience favorite" award! Come early for the reception. Two Showcase Screenings at 6 p.m. on April 26 & 27. Awards Ceremony at 6 p.m., Friday May 3. Complimentary pupus will be served. This event is free and open to the public. Supported by the SAFC (Student Athletic Fee Committee).

Ticket Information
Free to the public