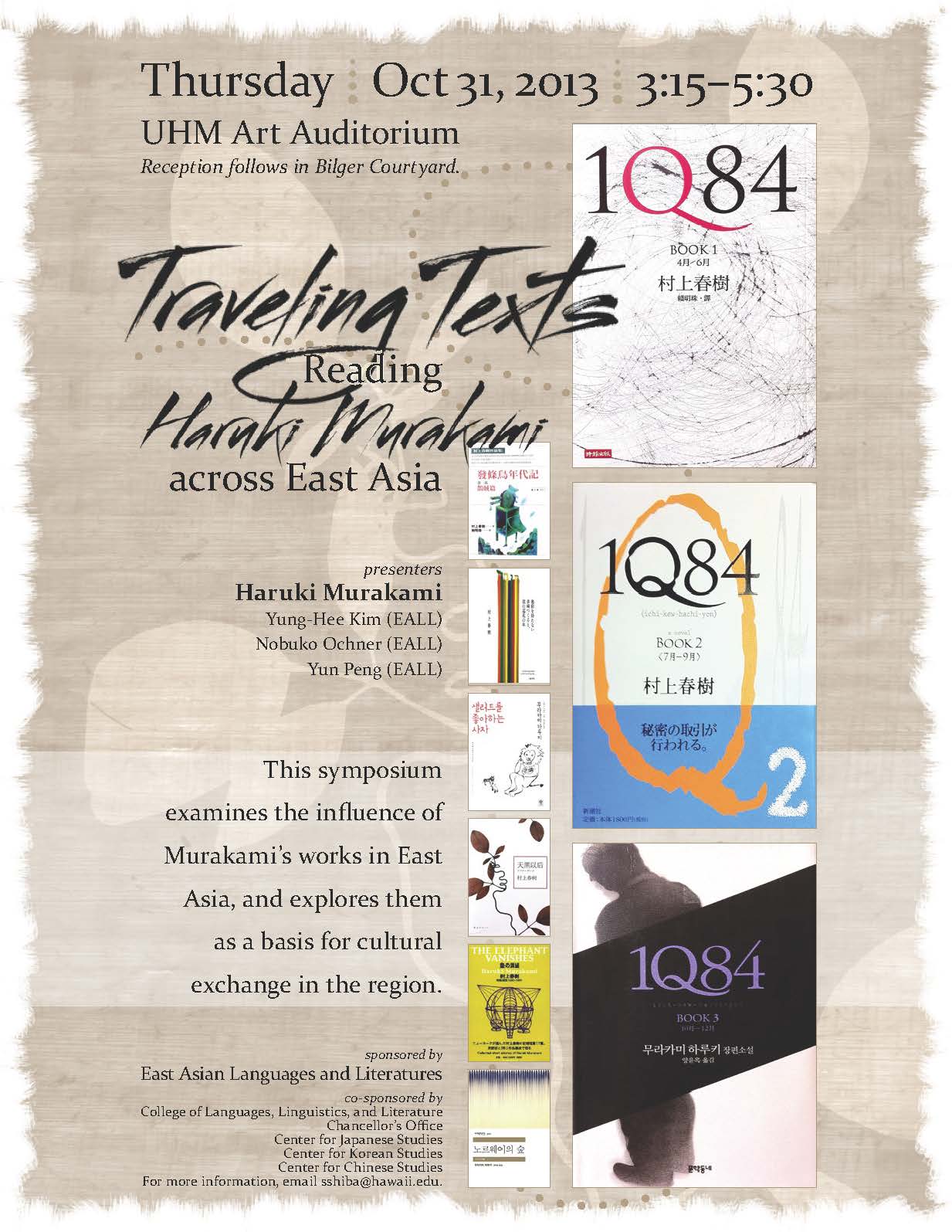 Few living authors today communicate with their readers as eloquently, passionately and internationally as Haruki Murakami. For three decades, Murakamiâ€™s fiction has retained its youthful style and relevance to society, captivating new generations of readers worldwide. Whether his ideas are the products of his fertile imagination or the embodiment of the collective psyche, the wide acceptance of his works is a subject worthy of investigation.

This symposium focuses on the reception of Murakamiâ€™s works in East Asia. The author himself and three EALL professors of Chinese, Korean and Japanese literature will examine the history of Murakamiâ€™s influence in China, Japan, Korea and Taiwan; the specific impact of translations of his works in Chinese and Korean; and explore the possibilities of future cultural dialogues in the region based on Murakamiâ€™s works.

The symposium and reception that follows (Bilger Courtyard) are open to the public.

No photography, audio or video recording, or broadcasting will be permitted.