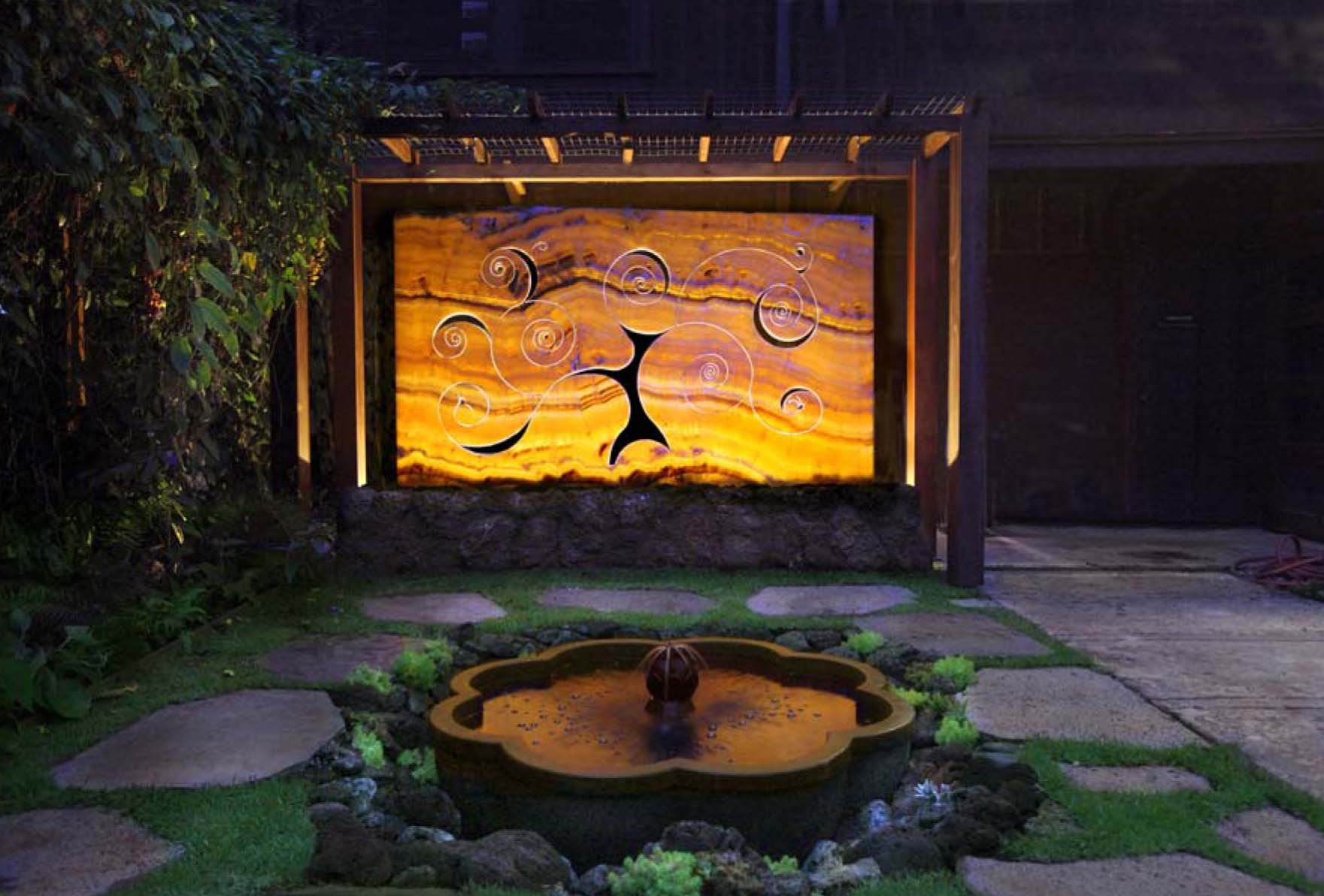 A traveling exhibit based on landscape designer Stephen Haus' popular book, "Gardens of Hawaii," is currently on view in Hamilton Library in the CLIC Lab area.

The panels include images of his botanically evocative prints from garden settings that Haus has designed, including gardens at Doris Duke's Shangri-La, Living on the Lanai, The Garden of Love (the Paul Mitchell estate in Lanikai), and The Sustainable Garden and The Gardens of Remembrance.

Haus is the founder of Haus Associates, a multi-award winning design/build firm with projects in all the Hawaiian islands, as well as resort work in the Bahamas, Jamaica and Indonesia. He received a degree in Fine Arts in Landscape Architecture from the Rhode Island School of Design. He has also received The Rome Prize in Landscape Architecture and was a Henry Luce Scholar in Kyoto, Japan.

Based in Hawaii since 1982, Haus is currently involved in the creation of the new Garden of Remembrance at Lyon Arboretum. At the center of the planned garden is an overflowing cast lava stone lotus fountain and a U-shaped enclosure of onyx panels cut in a "Tree of Life" motif and influenced by the artist Gustav Klimt and the Hawaiian "piko." Among those being honored there are gardener extraordinaire, May Moir and longtime Lyon Arboretum botanist, Ray Baker.