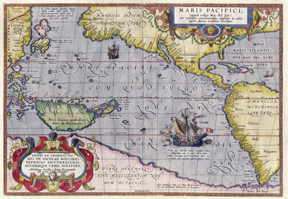 This presentation outlines ways in which todayâ€™s academic libraries are in transition, both internally and in terms of their response to the changing patterns and practices of teaching, learning, and research. Drawing on specific examples from the Brown University Library, Hemmasi describes ways the library can actively promote and support new, interdisciplinary scholarship and multi-modal literacies by moving beyond its traditional role as a place for the distribution and consumption of knowledge to becoming an environment -- both physical and virtual -- for the experimentation, production, and processing of new knowledge.

Hemmasi has been the University Librarian at Brown University since 2005. She has been involved in digital humanities, collaborating on the â€œGaribaldi on the Surfaceâ€ project, creating a Digital Scholarship Lab in the library, and co-sponsoring a Digital Arts and Humanities Lecture Series. She recently presented at Designing the 21st Century Library. She is a strong advocate for creating a center of excellence for digital arts and humanities at Brown University.

Event Sponsor
Sponsored by the Offices of the Deans of Arts & Humanities, LLL, SPAS and the University Librarian, Mānoa Campus