The Future of Hip Hop Summit: Independence in Art & Business 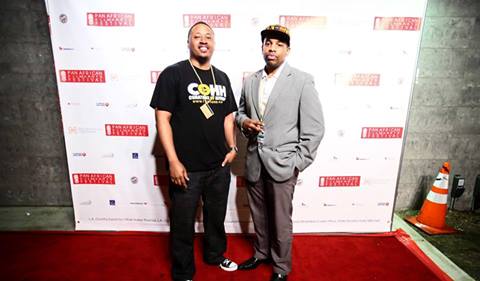 Inspired by the motivation to preserve hip hop culture and its artists, the Curators of Hip Hop and the Ethnic Studies department at UHM have teamed up to deliver a dynamic and insightful week of hip hop content. This workshop/forum will specifically address the question of independence in art and business and feature Grammy-nominated artist Carolyn Malachi from Washington, DC, and Matt Reeves, from Staten Island, NY, one of the featured artists in the film The Curators Volume 1: A Story of Independence.

This workshop/forum will also include filmmakers Jermaine Fletcher and Jimmie Thomas. Fletcherâ€™s passion of film came into play while attending Florida A&M University (FAMU). Heâ€™s worked as a videographer and editor at the Tallahasseeâ€™s local CBS affiliate, WCTV and has freelanced for Bloomberg TV (NY), ESPN (CT), and MTV (NY). Jermaine has traveled across the Asia Pacific region documenting Hawaiian and other various Asian cultures. Today, heâ€™s working as an independent contractor in addition to directing two start-up companies based out of New York, Hawaiâ€˜i and China. Jimmie Thomas is a dedicated journalist, filmmaker, and entrepreneur from Tallahassee, FL. While attending Florida A&M University (FAMU), he produced sporting events and television shows for FAMCAST (the universityâ€™s live-streaming broadcast network) and also worked for FAMUâ€™s TV20, where he would meet fellow collaborator, Jermaine Fletcher. He has also worked as an Account Executive with Morris Communications in Baltimore, MD, and continues to work on various productions throughout Maryland today.