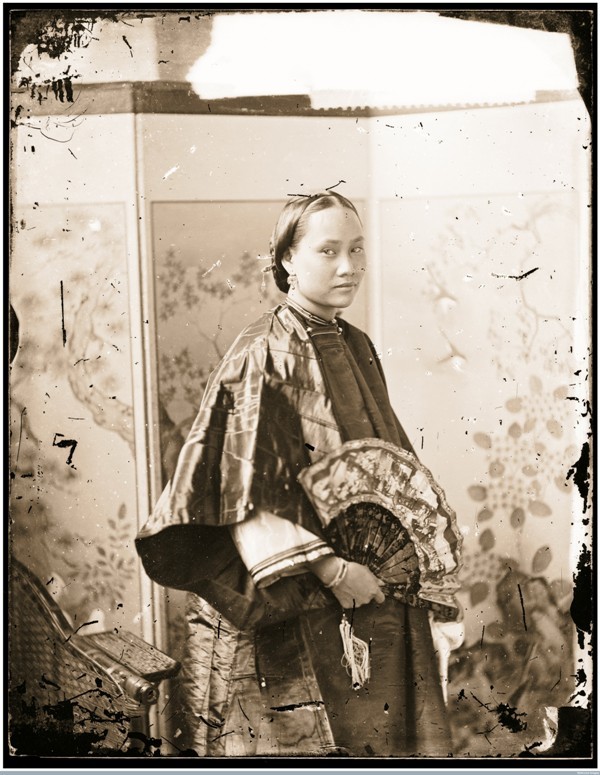 Legendary Scottish photographer and travel writer John Thomson (1837-1921) set off to Hong Kong in 1868, and in the following four years he undertook several major journeys photographing regions of China from the Pearl River, the Min River to the Yangtze River and from Fuzhou, Shanghai to Beijing. The range, depth and aesthetic quality of Thomsonâ€™s photographic vision make him stand out as one of the most important travel photographers.

The method of taking photographs at that time required an exposure on a glass plate, in complete darkness, on location, in a portable darkroom tent. Thomson therefore had to travel with a large number of crates, glass plates and bottles of highly flammable chemicals. Given that his journeys took him through difficult terrains, sometimes to regions where the Chinese had never seen a white person before, it is all the more remarkable that Thomson was able to make photographs of such beauty and sensitivity. He was able to capture the land, the people and their daily lives in very a natural way, achieving what we call today a â€˜photo-journalisticâ€™ style.

Unlike most photographers working in the Far East at that time, Thomson was not a government official, nor a missionary. He was a professional photographer who was fascinated by China. Thomson possessed an open mind and was sensitive to the lives and surroundings of his subjects. His photographs form a unique archive documenting 19th century Chinaâ€™s landscapes, architecture, people and customs. This collection of nearly 700 glass plates travelled back with him to Britain in 1872 and today it is housed in the Wellcome Library, London. The photographs taken on these journeys form one of the most extensive records of any region taken in the 19th century.

The EWC exhibition will include 60 photographs from Thomsonâ€™s travels across China. The large, high-quality photographic prints are several feet in height and width, presenting a life-size, immersive experience. A similar exhibition is currently being shown at the George Washington University in Washington, D.C. (http://museum.gwu.edu/china)

As the exhibition year (2016) coincides with the 150th birthday anniversary of Dr. Sun Yat-sen (iconic Chinese revolutionary and widely considered â€œFather of Modern Chinaâ€), and the time period of the Thomson photographs roughly matches the same period in which Dr. Sun lived in Hawaiâ€˜i (1860s-1870s), we plan to supplement the Thomson photographs with select images of Dr. Sun and of Chinese in Hawaiâ€˜i, to draw the connection between life in China and life in Hawaiâ€˜i for immigrant Chinese in the mid/late 19th century. Open June 5, 2016 to September 11, 2016.

Visitor parking is available on the UH-MÄnoa campus for a fee during the week, and is normally free and ample on Sundays.

In cooperation with Wellcome Library, London. This exhibition was made possible by generous support from Richard H. Cox; The Hawaii Pacific Rim Society; and Aston Hotels & Resorts.