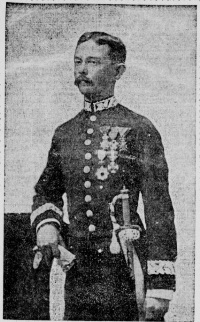 Henry F. Poor (1856â€“1899) was one of the Hawaiian Kingdomâ€™s prime diplomats. He was dispatched to circumnavigate the globe in 1883â€“1884 and to SÄmoa in 1886â€“1887. Of both aboriginal Hawaiian and New England descent, Poorâ€™s life exemplifies the cultural and political tensions inherent in late nineteenth century Hawaiian society. His travel writings provide insights both into the intricate network of diplomatic relations across the globe at that time and into the thought and personality of this complex character.

Lorenz Gonschor holds a M.A. in Pacific Islands Studies (2008) and a Ph.D. in political science (2016), both from the University of Hawaiâ€˜i at MÄnoa. Since 2017, he has taught as a Senior Lecturer in Pacific Studies at â€˜Atenisi University in Tonga, where he has also been Associate Dean since 2018. His research focuses on historical and contemporary politics of the Pacific Islands, with a special focus on 19th century Hawaiâ€˜i. His first book, A Power in the World: The Hawaiian Kingdom in Oceania, is forthcoming in 2019.