75th Anniversary of the Victory at Stalingrad 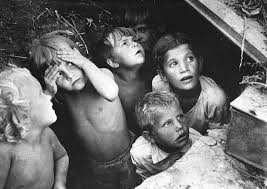 75 years ago Stalingrad (known today as Volgograd- the city our professor Kostetskaya is from) was the turning point of WWII in the fight against the Nazi Regime. It was there that Hitlerâ€™s Germany was held off long enough to help secure a victory for the allies in the war.

At the end, Stalingrad went from half a million people to a mere 35,000. But today the city is again thriving and has built itself. Come to celebrate these victories this Wednesday at Russian Club, and come learn more about the history of Russia! All levels of Russian including zero are welcome!