Concept and Identity in Contemporary Korea 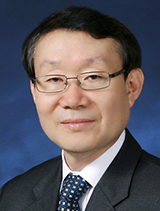 The 9th Forum on Critical Issues in Korean Studies presents a lecture by Prof. Park Myoung-Kyu of Seoul National University titled "Concept and Identity in Contemporary Korea: Contested Subjectivities in the Candlelight Movement in 2017." The voices of the Korean people who gathered at Gwanghwamoon plaza were powerful enough to push Korean lawmakers and the judges of the Constitutional Court to impeach and convict President Park Geunhye.

Thid peaceful collective movement is now regarded as a vivid example of the â€œstrong civil societyâ€ and â€œconsolidated democracyâ€ of Korea.

Prof. Park believes it is wrong, however, to consider the people as a homogeneous unity. There were, in fact, many voices with different backgrounds and interests. During and since the candlelight revolution, there has been a dynamic process of identity disputes regarding the question of â€œwho are we?â€ This presentation will explore the continuity and discontinuity of the 2017 candle light movement, locating it in the socio-historical trajectory of subjectivity construction in modern Korea.