Seminar: The emerging â€œGolden Eraâ€ of mineral development in the Pacific 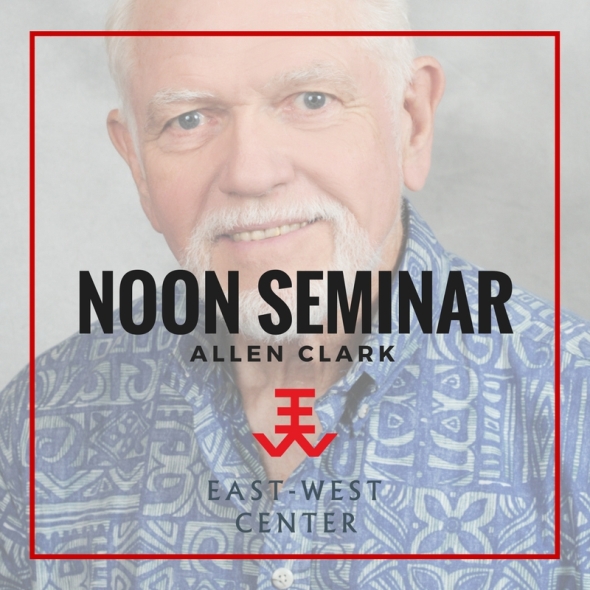 The discovery of deep-sea gold deposits (black smokers) in the south Pacific, a renewed interest in the manganese nodules of the mid-pacific and major advances in deep-sea mining may foretell a â€œgolden eraâ€ of deep ocean mineral development. However, here are significant environmental issues, such as â€œCasper the Ghostâ€ and others, that need to be addressed. The real potential may be in the industrial and pharmaceutical value of hydrothermal vents.

Allen L. Clark previously served as executive director of the East-West Center/Pacific Disaster Center Managing Partner Cooperative Agreement. He is a founder and former director-general of the International Institute for Resource Development, former chief of the U.S. Geological Surveyâ€™s Office of Resource Analysis, and a consultant for the Agency for International Development, World Bank, Asian Development Bank, and United Nations.

Clark has worked in more than 75 countries, is the author/co-author of more than 300 publications, and has served as consultant to numerous national and international aid agencies and private companies. He holds a PhD in geology from the University of Idaho.