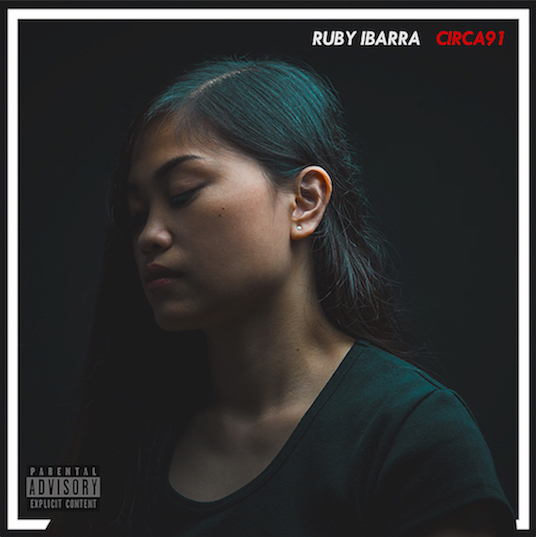 This presentation will feature rapper, music producer, and spoken word artist, Ruby Ibarra. Born in the Philippines, Ruby spent the first 4 years of her life in Tacloban City before her family eventually settled in San Lorenzo, California. Submerged in the Bay Area, Ruby's adolescent years introduced her to a wide array of cultures, experiences, and most importantly, hip hop, which resonated at every corner of her neighborhood.

Known for her sharp lyricism and rhythmic multi-syllabic flows, Ruby attributes her musical identity to being a child during the 90s --- constantly hearing Tupac, Eminem, and Wu Tang Clan play on the radio and television, she instantly knew rap was the best way she could express herself. Witnessing the â€œgolden eraâ€ of hip hop during her formative years, she has never forgotten the sounds that she was initially introduced to and quickly fell in love with.

In 2010, Ruby began releasing multiple videos on YouTube, which created a buzz after several of those videos were featured on XXL Magazine and Worldstar Hip Hop. Her videos, â€œGame Upâ€ and â€œDosey Doe,â€ each amassed over 100,000 views, eventually garnering the attention of DJ Kay Slay, who gave her the nickname, â€œHip Hop.â€ In December 2012, Ruby released her debut mixtape, Lost in Translation, hosted by DJ Kay Slay, which has since accumulated over 50,000 Soundcloud streams and nearly 100,000 digital downloads. Ruby's unmatched talent and work ethic has allowed her to be featured on Buzzfeed, NPR, and Huffington Post, while having the opportunity to perform on large stages such as Rock the Bells Festival, Paid Dues Festival, and Araneta Coliseum. Additionally, in 2016, she had three independent videos each gain over 1,000,000 views in less than one week.

In this presentation, Ruby will show videos and discuss music from her latest full-length album, Circa91.