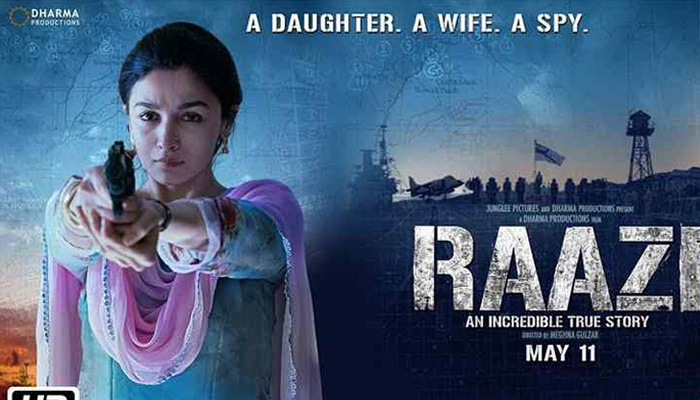 After a 2.5-year hiatus, Bollywood Mondays at Manoa are back with a new blockbuster film!

'Raazi' is a tense spy thriller set on the eve of the 1971 war between India and Pakistan. A Delhi university girl from Indian-occupied Kashmir takes on a challenging mission after an arranged marriage to a Pakistani Kashmiri military family, although battles her nerves and conflicted emotions throughout.

The movie was released in May 2018, and went on to become a major hit this summer. Alia Bhatt has won acclaim for her performance of of the wife/spy Sehmat, whose character is derived from a true story.

This is the first movie in the 16th UH Bollywood film series, running every Monday afternoon this fall. For a copy of the full film series schedule for the semester, please see the contact information below.