Seminar: Lessons from Japan on legitimacy of informal constitutional amendment 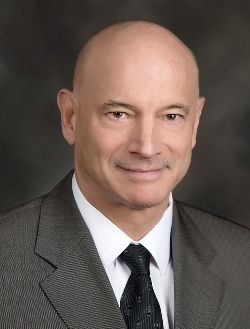 The government of Japan purported to "reinterpret" the famous war-renouncing provision of the Constitution of Japan, Article 9, in the summer of 2014. It did so in a manner that deliberately circumvented the formal amendment procedure, and the "reinterpretation" itself was a radical departure from established understanding of the provision. Now the government is seeking to entrench the "reinterpretation" through a modest formal amendment. All of this provides lessons for unresolved theoretical debates in comparative constitutional law over the legitimacy of informal amendments.

Craig Martin is a Professor and Co-Director of the International and Comparative Law Center at Washburn University School of Law. His primary scholarly interest is the interrelated legal systems that govern different facets of armed conflictâ€”namely, the jus ad bellum, international humanitarian law, and constitutional war powersâ€”with the goal of developing a coherent and principled explanation for how these regimes interact and operate as a single overarching system. He has done considerable work on Japan's war renouncing constitution. He served in the Canadian Armed Forces as a Naval Officer prior to undertaking his legal studies, including service at Canadaâ€™s Mission to the United Nations, and practiced law as a trial and appellate lawyer in Toronto, Canada, before returning to the academy.