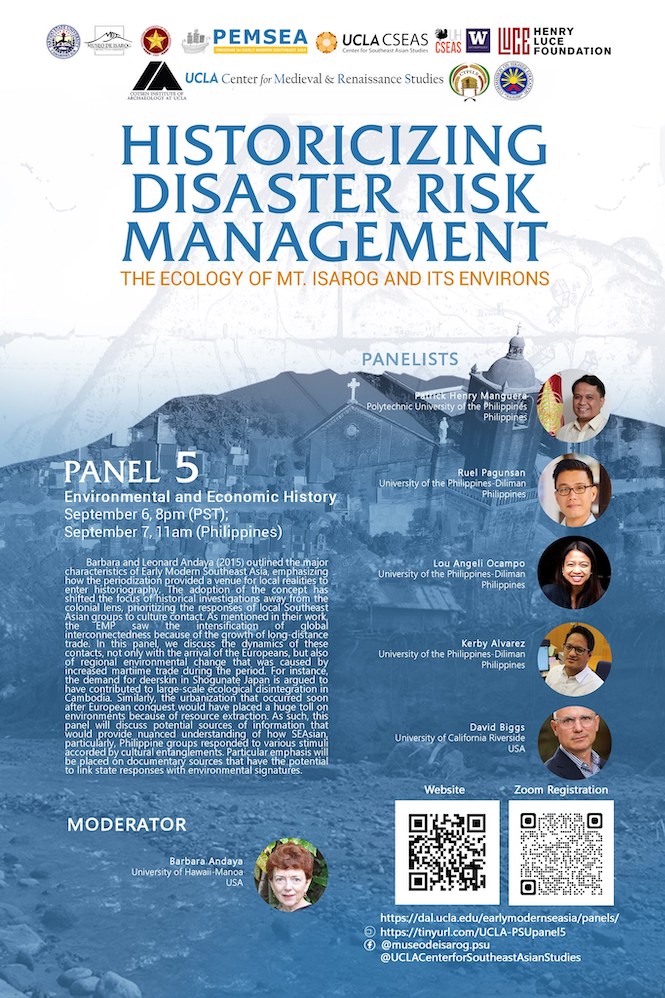 Barbara and Leonard Andaya (2015) outlined the major characteristics of Early Modern Southeast Asia, emphasizing how the periodization provided a venue for local realities to enter historiography. The adoption of the concept has shifted the focus of historical investigations away from the colonial lens, prioritizing the responses of local Southeast Asian groups to culture contact. As mentioned in their work, the EMP saw the intensification of global interconnectedness because of the growth of long-distance trade. In this panel, we discuss the dynamics of these contacts, not only with the arrival of the Europeans, but also of regional environmental change that was caused by increased martiime trade during the period. For instance, the demand for deerskin in Shogunate Japan is argued to have contributed to large-scale ecological disintegration in Cambodia. Similarly, the urbanization that occurred soon after European conquest would have placed a huge toll on environments because of resource extraction. As such, this panel will discuss potential sources of information that would provide nuanced understanding of how SEAsian, particularly, Philippine groups responded to various stimuli accorded by cultural entanglements. Particular emphasis will be placed on documentary sources that have the potential to link state responses with environmental signatures. Panelists: Patrick Henry Manguera (Polytechnic University of the Philippines); Ruel Pagunsan (University of the Philippines-Diliman); Lou Angeli Ocampo (University of the Philippines-Diliman); Kerby Alvarez, (University of the Philippines-Diliman). Moderator: Barbara Andaya, University of Hawaii-Manoa. This webinar is part of the PEMSEA webinar series, Historicizing Disaster Risk Management: The Ecology of Mt. Isarog and its Environs.