Editor’s note: Story updated on March 28 with photos from the event.

Students, faculty, staff and the public joined the University of Hawaiʻi at Mānoa in celebrating its men’s and women’s basketball teams at a special rally on Monday, March 28 at the Campus Center Courtyard.

The players and coaches were recognized by UH Mānoa leadership for their accomplishments. Also participating in the rally will be the pep band and cheer squad who traveled with the teams to the Big West and NCAA tournaments.

Photos from the event 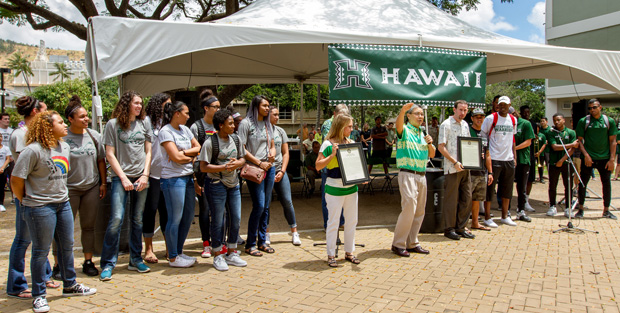 View the photos on the University of Hawaiʻi Flickr site.