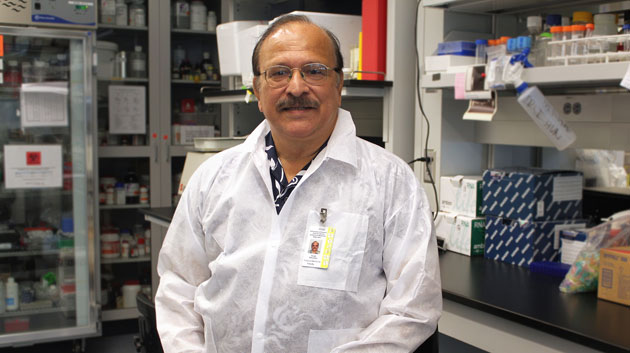 University of Hawaiʻi at Mānoa John A. Burns School of Medicine (JABSOM) scientists have discovered that severe birth defects related to infection with the Zika virus (ZIKV) occurred much earlier than in 2016, when the connection was first made between the virus and an increased likelihood of microcephaly during outbreaks of ZIKV infection in Brazil and Puerto Rico.

UH scientists published their findings in December in the scientific journal PLOS Neglected Tropical Diseases, adding to the potential evidence of a link between ZIKV infection and microcephaly, a congenital condition associated with incomplete brain development and characterized by an abnormal smallness of the head.

Patient information and blood samples were collected voluntarily from mothers in Honolulu who delivered babies between 2007 and 2013 at the Kapiʻolani Medical Center for Women and Children, a Hawaiʻi Pacific Health hospital affiliated with JABSOM. The samples were collected and stored at the UH Biorepository (UHB) after obtaining written informed consent from the mothers.

Nerurkar believes the growing evidence of an association between ZIKV infection and the devastating brain damage in infants justifies a new practice in women’s health.

“We need to be more proactive in tracking pregnant women and testing for the ZIKV ahead of time (before birth),” he said. “It may be time for health care professionals to routinely caution newly pregnant mothers (or those planning to become pregnant) about the ZIKV, and offer pre-natal tests to detect for the presence of the virus.”

The UH researchers expressed their gratitude for the women who agreed to voluntarily donate blood and placenta samples to build the UH Biorepository archive. “This has been an indispensable resource in our research,” said Nerurkar.

Nerurkar leads a team of scientists at UH working to develop a vaccine for ZIKV infection as well as robust diagnostic assays to rapidly detect ZIKV and other mosquito-borne viral infections. After the award of a Zika emergency response grant this year from the National Institutes of Health, his team members are also working to understand how ZIKV infection in men makes them susceptible to transmit the virus to their sexual partners, even though the men may appear symptom-free.