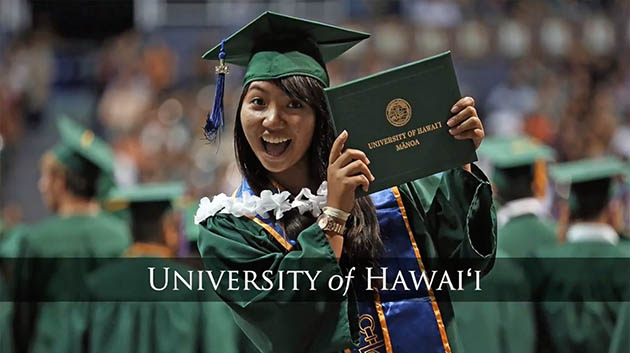 STAR GPS, a new registration application designed and created at the University of Hawaiʻi, is now available to all UH students in the 10-campus system. The STAR GPS app was designed to assist students similar to how the GPS in a car assists drivers, by laying out the optimal pathway to their destination: graduation.

“If you wander off course, or if you choose to explore a new direction, the GPS registration simply recalculates and advises you how to get back on track,” said UH President David Lassner in an email to the UH ʻohana announcing the systemwide launch. “If you change your major, the GPS registration creates a new path for you based on where you are and where you have decided to go.”

“You put those two together and you’ve got a pathway that’s easy to follow,” said Gary Rodwell, a UH Mānoa academic technology specialist who led the development of STAR GPS. “Ultimately, it remains the choice of the student but now they are able to make informed decisions every time they register for classes.” 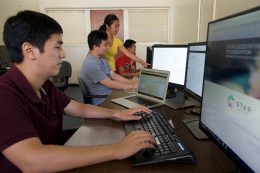 During the app’s trial run, students lowered the average number of credits taken that didn’t count toward their degrees from 22 percent, about the national average, to just 4 percent.

“This represents a remarkable savings to students and their families,” said Lassner. “We thank the many students who have been pilot-testing the app to help our hardworking STAR and Banner teams bring this project to fruition.”

Students not only tested the app, but were also significantly involved in its design and development.

STAR GPS is the latest version of the nationally recognized STAR system. STAR is one of the UH Mānoa initiatives credited with a recent 80 percent increase in school’s four-year graduation rate over a six-year period. Now STAR GPS also guides the university by identifying courses in high demand as students register, so the school has the time to meet those needs.

“We can see registration traffic jams before they even happen now,” said Rodwell. “And, guess what, when you can see something before it happens, you can now solve it.”

STAR GPS-registration will be in full use across the UH System for summer and fall 2017. Start planning for fall STAR GPS registration or call the STAR office at (808) 956-4036.