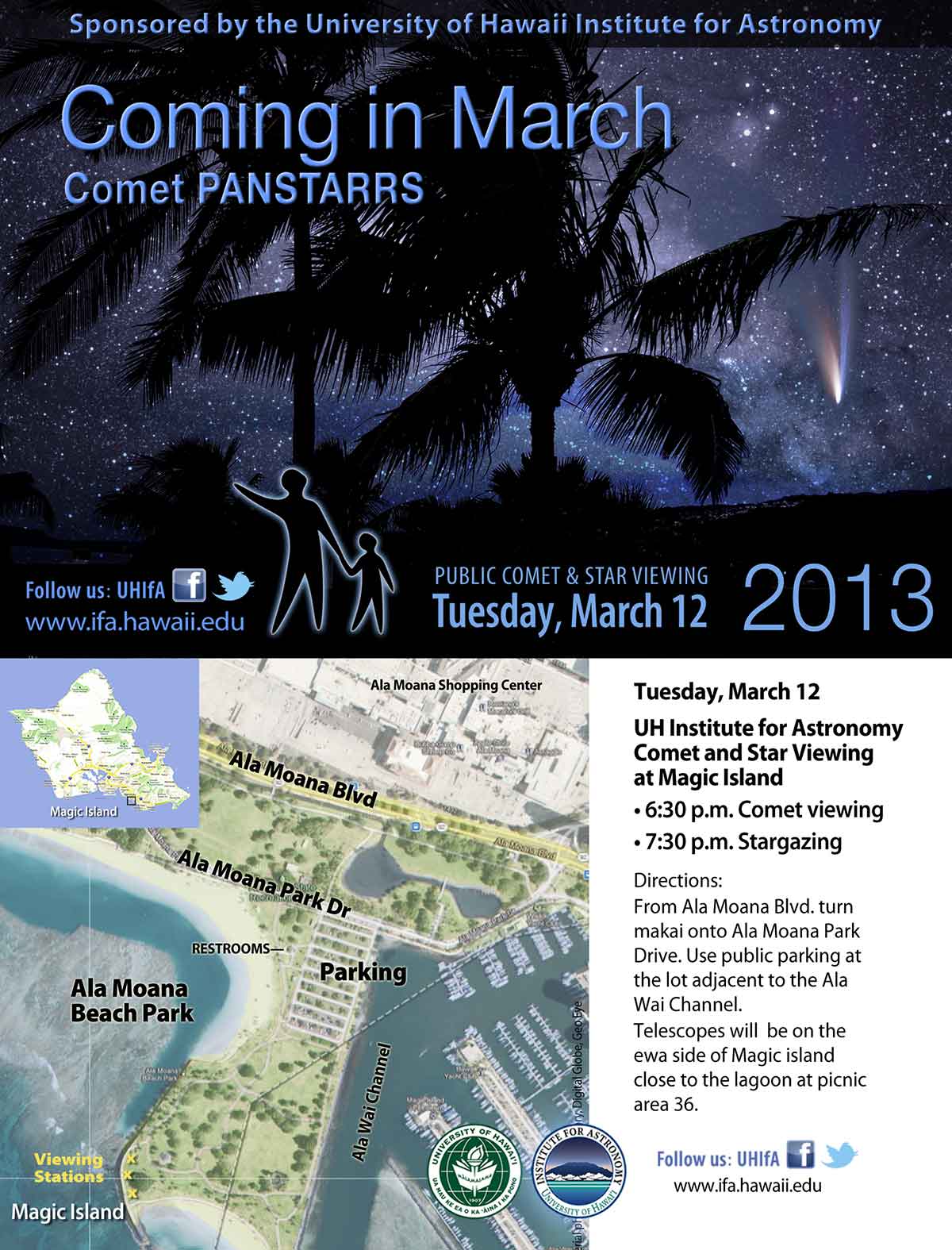 Comet PANSTARRS C/2011 L4, discovered by the Pan-STARRS 1 telescope on Haleakala in June 2011, is expected to become visible to the naked eye in Hawaii in March.

The Institute for Astronomy of the University of Hawaii at Manoa will hold a free comet-viewing event from 6:30 to 7:30 p.m. on Tuesday, March 12 on Magic Islandâ€™s picnic area 36, which is near the beach at the ewa end. Stargazing will follow comet viewing.