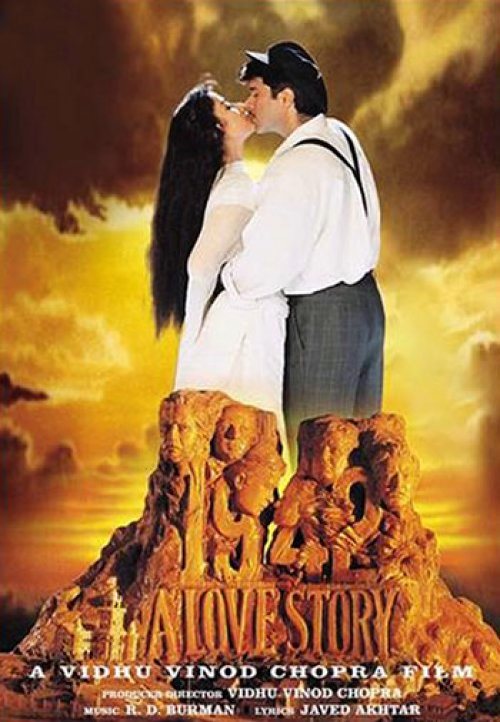 In August of 1942, a popular nationalist uprising--the Quit India movement--challenged British control of its most prized colony during the dwindling days of empire. '1942: A Love Story' depicts the epic romance of Naren (Anil Kapoor) and Rajjo (Manisha Koirala) which unfolds amidst the turbulence of this era.

The movie is melodramatic Bollywood at its peak. Can the new romance overcome parental opposition, as Naren's father is a loyal British civil servant while Rajjo's is a revolutionary firebrand? Will the young couple's passion survive amidst the dangerous violence and oppression that surrounds them? Will India ever be liberated? How many hankies will you need to hold tears shed for brokenhearted lovers and nationalist martyrs?

'1942: A Love Story' won multiple Filmfare Awards, including one awarded posthumously to R.D. Burman for creating the beloved and now-legendary soundtrack for the film. This is the fourth movie in the twelfth UH Bollywood film series, running on occasional Mondays this spring. For the full semester film series schedule, please see the contact information below.