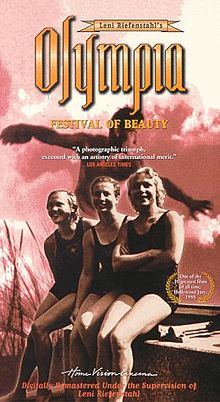 Olympia (1938) - Dir. Leni Riefenstahl - Part 1 - 111 mins. Festival of Nations. This two-part documentary of the 1936 Olympics held in Berlin, Germany during the Nazi era was directed by Riefenstahl, who also directed Triumph of the Will. It is being screened in conjunction with the course German Fascism and Propaganda (LLEA 342). In German with English sub-titles.