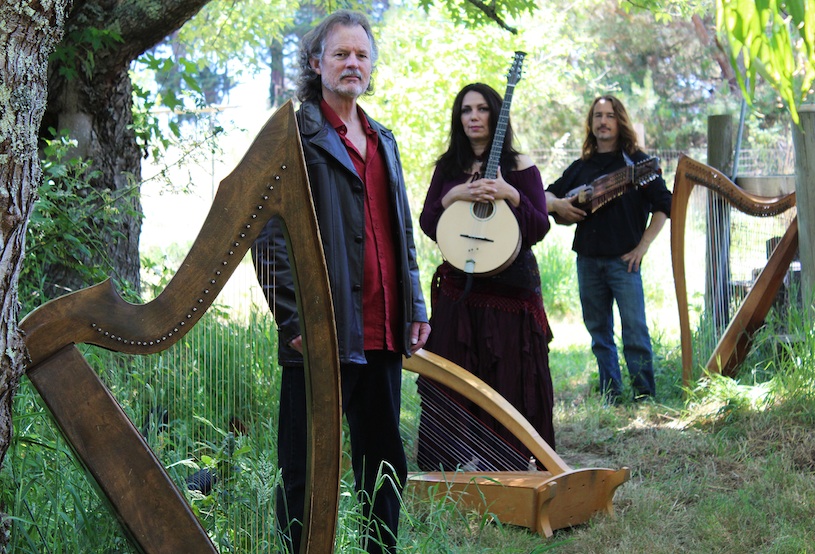 Three of the premier Celtic harpers in the world will take you deep into the myths, magic and fabled history of this most captivating instrument.

Patrick Ball is one of the premier Celtic harp players in the world and a captivating spoken word artist. He has recorded nine instrumental and three spoken word albums which have sold well over a half million copies internationally, winning national awards in both the music and spoken word categories. Patrick`s passion for the oral tradition of Irish storytelling and his love of the wire-strung Celtic harp have made him one of the most beloved performers in Folk music today. www.patrickball.com

Lisa Lynne is a multi-instrumentalist and performer who gained worldwide recognition for her original music featuring her Celtic Harp. She is widely acclaimed for composing memorable and heartwarming melodies on the Windham Hiill/Sony music labels that have repeatedly placed in the Top 10 & Top 20 on the Billboard new age music charts. Lisa`s music is heard throughout the award winning PBS special "Alone in the Wilderness," amongst many other soundtracks for commercial television and independent films. www.LisaLynne.com

Aryeh Frankfurter is also a renowned Celtic harper and world traveling multi-instrumentalist who went from virtuosic progressive rock violin to intricate Swedish folk and Celtic Music. Aryeh taught himself to play a variety of instruments bowed and plucked and most recently the rarely seen Swedish Nyckelharpa. www.Lionharp.com.