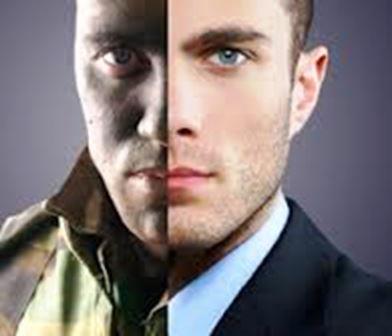 Statistics indicate that about one in three Iraq/Afghanistan combat veterans suffer from PTSD (post traumatic stress disorder), TBI (traumatic brain injury), or both. The Office of Veterans Support Services is pleased to welcome Dr. Steve Watkins and Maj. Christopher Slavens for a discussion about PTSD in combat veterans.

Watkins followed the family of retired marine Jason Haag who suffers from PTSD and TBI after three tours of duty in Iraq & Afghanistan. He wrote a series of articles that also covered what has come to be called "secondary PTSD;" giving voice to family members and other loved ones who are also impacted.

Maj.Christopher Slavens of the Hawaii National Guard's 29th Brigade, is a graduate of Castle High School and UH Manoa. While in Iraq, he received the Bronze Star Medal, one of the military's highest wartime honors, for designing a way to apply armor to Humvees, providing further protection from roadside bombs. He will be discussing his experiences with chronic PTSD.

Slavens is a transition patient advocate at the Honolulu VA. Watkins is working on a novel.

Ticket Information
Free to all; bring a friend!