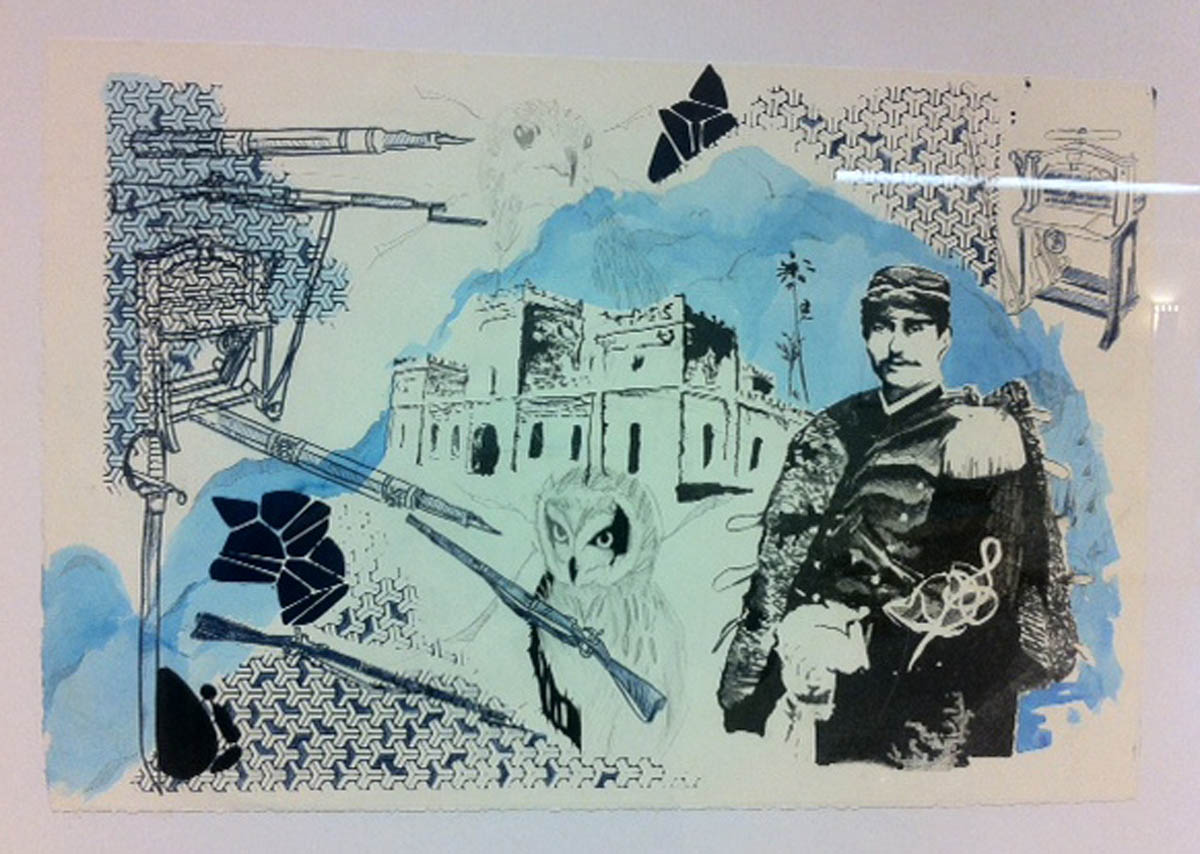 The University of Hawaiâ€™i at Manoa Library announces the opening of a new exhibit, â€œTrip Around the Islandâ€ by Sonny Ganaden, in Hamilton Libraryâ€™s Bridge Gallery for the Fall 2013 semester. Trip Around the Island is a collection of thirty contemporary prints created by local artists, inspired in part by the work of Save Our Surf, Juliet May Fraser, and other artists of Hawaiiâ€™s past. The opening on Sunday, October 6, will feature music by Paula Fuga and other, from 3:00 â€“ 5:00 p.m. in Hamilton Library.

The SOS materials have not been viewed by the public for decades. They were preserved by their donation to the Hawaiian Collection in 2007 with the passing of Mr. Kelly by the Kelly Family.

The materials created by Save Our Surf (SOS) are now a digital collection (http://digicoll.manoa.hawaii.edu/sos/) at UHM Library that consists of unpublished material from the SOS organization. SOS became a militant movement overnight in late 1969 when plans were unveiled by the Army Corps of Engineers and the state to "broaden" the beaches of Waikiki. Using old fashioned political techniques- hand-bills, demonstrations and colorful presentations at public meetings - SOS quickly won the respect of the politicians and developed strong grassroots support in the community at large.

As a dialogue between contemporary artists and the documentation of historical events, this is the only time that the artwork for Trip Around the Island will be on view with the Save Our Surf Collection. The exhibit is on view for the Fall semester in Hamilton Library. It is free and open to the public during Hamilton Library Building hours (http://library.manoa.hawaii.edu/about/hours.html)