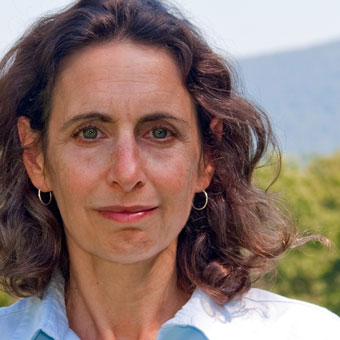 A highly acclaimed author and investigative science writer for The New Yorker since 1999, Elizabeth Kolbert speaks passionately about the realities of environmental catastrophe and what can be done in a time of epic changes to our planet. Ms. Kolbert gained national acclaim for her ground-breaking series â€œThe Climate of Man,â€ published in The New Yorker magazine. The series received awards from the American Association for the Advancement of Science Journalism and the National Academies of Science, and the Sierra Clubâ€™s David R. Brower Award.

Her recent books Field Notes from a Catastrophe and The Sixth Extinction: An Unnatural History continue her hard-hitting, investigative science writing. Drawing upon personal tales of those most affected by global warming, she tells the stories of people near the poles and in the Pacific, and weaves into her analysis the history of lost ancient civilizations. Speaking of the ethics of her work, Kolbert says, â€œIf there is not a moral dimension to leaving a totally impoverished planet to all future generations, I donâ€™t know what that would be.â€

Elizabeth Kolbert has received awards from the American Association for the Advancement of Science, the National Academy of Sciences, and the Lannan Foundation. She has been praised for her scientific credibility and persuasive, fact-based reporting, and has been compared to Rachel Carson, author of Silent Spring for the impact of her work.

This free public presentation is made possible by the late Dr. Dai Ho Chun, a distinguished and visionary educator, through his estate gift establishing the Dai Ho Chun Endowment for Distinguished Lecturers at the UH MÄnoa Colleges of Arts and Sciences. The lecture is also sponsored by the UH MÄnoa College of Languages, Linguistics, and Literature, with additional help from the Dai Ho Chun Endowment Selection Committee.