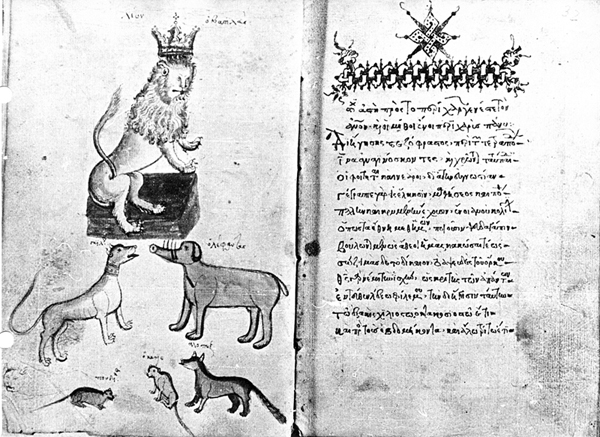 Amid the tumult of the civil wars of 14th century Byzantium, two vernacular Greek poems featured a debate between animals: the "Book of Birds" and the "Entertaining Tale of Quadrupeds.". The poems fall into a loose tradition of Parliaments of Animals, with representatives in Ancient Greece as well as the Middle East and Western Europe. On the surface, the debates in the poems are tediously encyclopaedic listings of husbandry, leavened with obscenities --- the kind of text that medieval readers had much more patience with than we do.