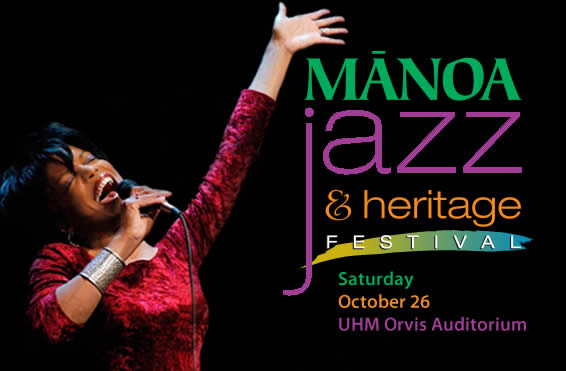 Nnenna Freelon is a six-time GRAMMY Award-nominee. She sings with what the Los Angeles Times described as "... exquisite musicality and an unerring sense of swing." In addition to six Grammy nominations, Freelon made her feature film debut in the Mel Gibson hit, What Women Want and sang a remake of Sinatra`s classic, `Fly Me To The Moon` for The Visit starring Billy Dee Williams. She has twice been nominated for the "Lady of Soul" Soul Train Award. In addition Freelon has performed and toured with a veritable who`s who in jazz, from Ray Charles and Ellis Marsalis to Al Jarreau and George Benson. An accomplished singer, composer, producer, and arranger (as well as budding actress), Freelon has dedicated herself to educating young people, both musicians and non-musicians. Her messages reach into the very soul of the person listening, encouraging and motivating them toward constructive change and the creation of positive energy. A University of Hawaii at Manoa Outreach College production. Part of a Performing Arts Presenters of Hawaii tour.