Monsters in the Dark: Supermassive Black Holes and Their Destructive Habits 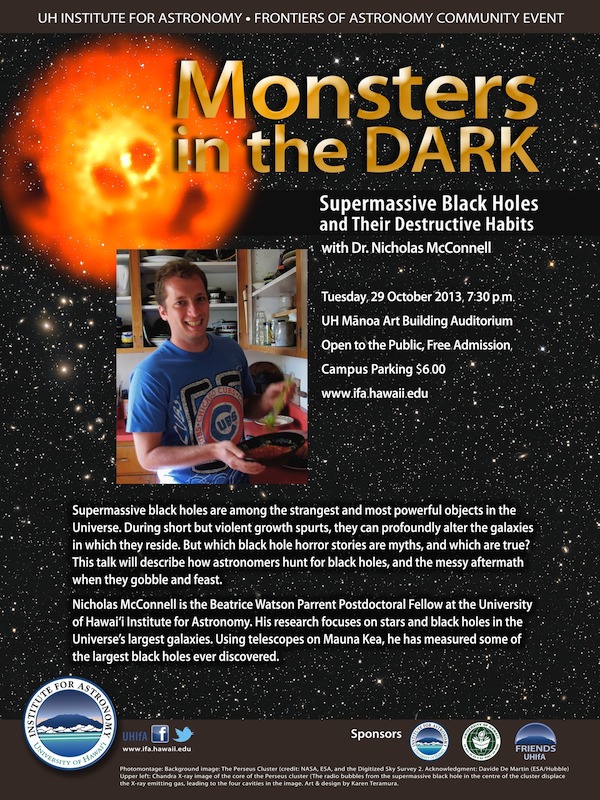 Supermassive black holes are among the strangest and most powerful objects in the Universe. During short but violent growth spurts, they can profoundly alter the galaxies in which they reside. But which black hole horror stories are myths, and which are true? This talk will describe how astronomers hunt for black holes, and the messy aftermath when they gobble and feast.

Nicholas McConnell is the Beatrice Watson Parrent Postdoctoral Fellow at the University of Hawaiâ€˜i Institute for Astronomy. His research focuses on stars and black holes in the Universeâ€™s largest galaxies. Using telescopes on Mauna Kea, he has measured some of the largest black holes ever discovered.