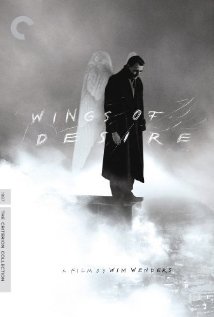 Wings of Desire (1987), directed by New German Cinema director Wim Wenders. An angel tires of overseeing human activity and wishes to become human when he falls in love with a mortal. Set in 1980s Berlin, the film captures the city just a few years before the fall of the wall.