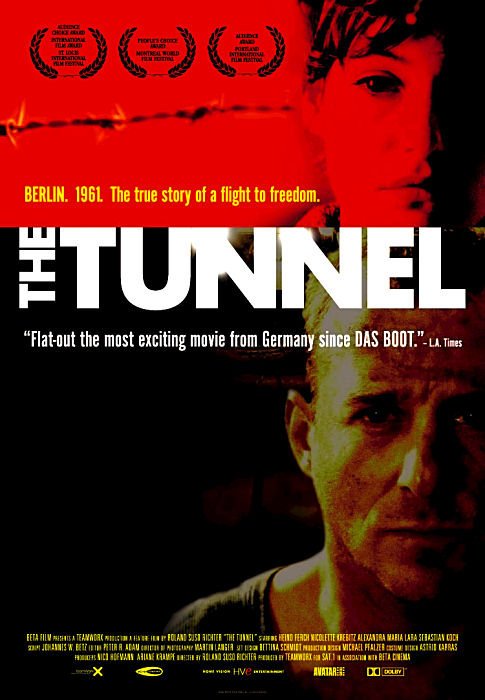 The Tunnel (2001) directed by Roland Suso Richter. Based on a true story about a group of East Berliners escaping to the West. Harry Melchior, a champion East German swimmer, had been imprisoned for his participation in the 1953 uprisings. He plans his escape together with others. And guess what? It involves a tunnel.