Bill McKibben: Updates from the Front Lines of the Climate Fight 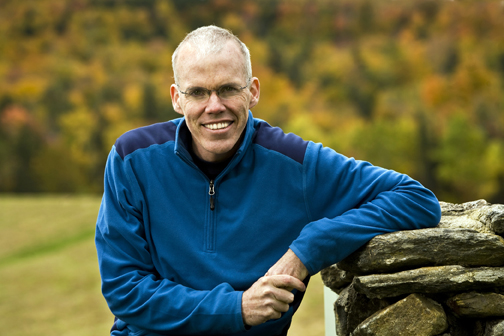 Bill McKibben is an author and environmentalist.

His 1989 book The End of Nature is regarded as the first book for a general audience about climate change, and has been published in 24 languages. He is founder of 350.org, the first planet-wide, grassroots climate change movement. Schumann Distinguished Scholar in Environmental Studies at Middlebury College and fellow of the American Academy of Arts and Sciences, he was the 2013 winner of the Gandhi Prize and the Thomas Merton Prize, and holds honorary degrees from 18 colleges and universities. Foreign Policy named him to their inaugural list of the world's 100 most important global thinkers, and the Boston Globe said he was "probably America's most important environmentalist." A former staff writer for the New Yorker, he writes frequently a variety of publications worldwide, including the New York Review of Books, National Geographic, and Rolling Stone. He lives in the mountains above Lake Champlain with his wife, the writer Sue Halpern. In his talk at the University of Hawai'i, he will address the current situation of the fight against climate change, providing updates from its front lines. This guest lecture is made possible through the generous sponsorship of the Dai Ho Chun Endowment for Distinguished Lecturers, the Colleges of Arts and Sciences, and the College of Languages, Linguistics, and Literature. Photo credit: Nancie Battaglia