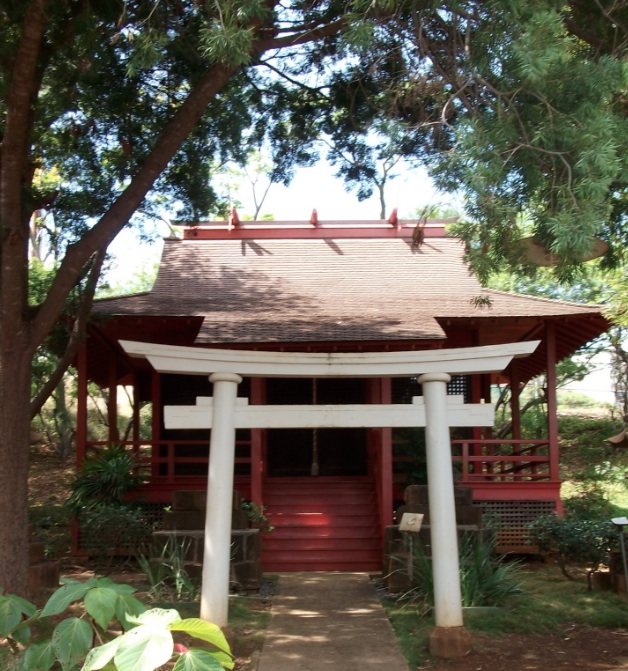 The Wakamiya Inari Shrine was built in KakaÊ»ako in 1914, moved to MÅÊ»iliÊ»ili in 1918, and had stood for over 60 years when it was threatened with demolition in 1979. Those who traveled on South King Street in those days might remember the small, bright red Shinto shrine, or jinja, where the McCully Bicycle Shop now stands. In 2014, the shrine, which barely escaped demolition, celebrated its centennial anniversary. Dr. Gail Okawa, a visiting scholar at the Center for Biographical Research, studying the mainland internment of Hawaiiâ€™s Japanese during WWII, and a co-chair of the Inari Shrine Preservation Committee, will share the biography of the Wakamiya Inari Jinja as it morphed from one location and role to another over its one hundred years.