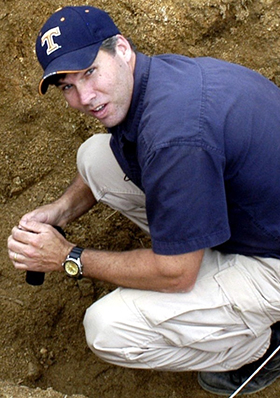 It is little known that beginning in the late 1990s and continuing into the mid-2000s, the U.S. Department of Defenseâ€™s Defense POW/MIA Accounting Agency (DPAA) conducted a series of forensic archaeological excavations within the borders of North Korea to search for lost U.S. military personnel from the Korean War.

Dr. John Byrd, current laboratory director at the DPAA, was directly involved in several of these excavations. In this colloquium, he will describe the history of how these projects in North Korea began generally and particularly the recovery missions he conducted directly in North Korea between 2000 and 2005, including working conditions, methods, and outcomes of these field and laboratory projects.