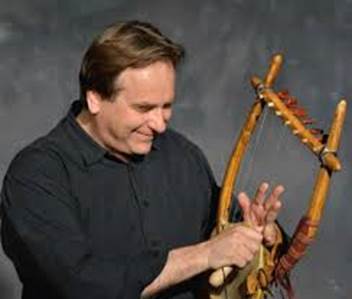 THE MUSICIANâ€™S LIFE
A MUSICIAN'S PAINTING FROM 6TH CENTURY BC GREECE, lecture and performance by Dr. Nikos Xanthoulis
(Greek National Opera and Academy of Athens)

Four votive, wooden paintings were discovered in 1935 inside a deep (approximately 20m) cave known as â€œSaftoulisâ€™s caveâ€ near Corinth and now exhibited in the Greek National Archaeological Museum. The first painting, which happens to be the most well-preserved, has been studied in the present work. The painting is aged a little bit after the mid-6th century, around 540-530 BC and depicts a sacrifice procession to the Nymphs. The approach, that we attempt to make, relates with the more personal perspective of the musician and derives both from the details of the depicted musicians, playing their musical instruments and from the symbolic naming of the women that participate in the procession. The cultural surroundings of the era and the place bolster this interpretation by giving a special meaning in the function of this specific drawing, as an oblation (Î±Î½Î¬Î¸Î·Î¼Î±). After the lecture Dr. Xanthoulis will present a small concert with poems of 6th c. BC set in music by him on the ancient Greek prosody, accompanied by a sevenâ€“chord ancient Greek lyre (the same lyre as the depicted instrument on the painting)