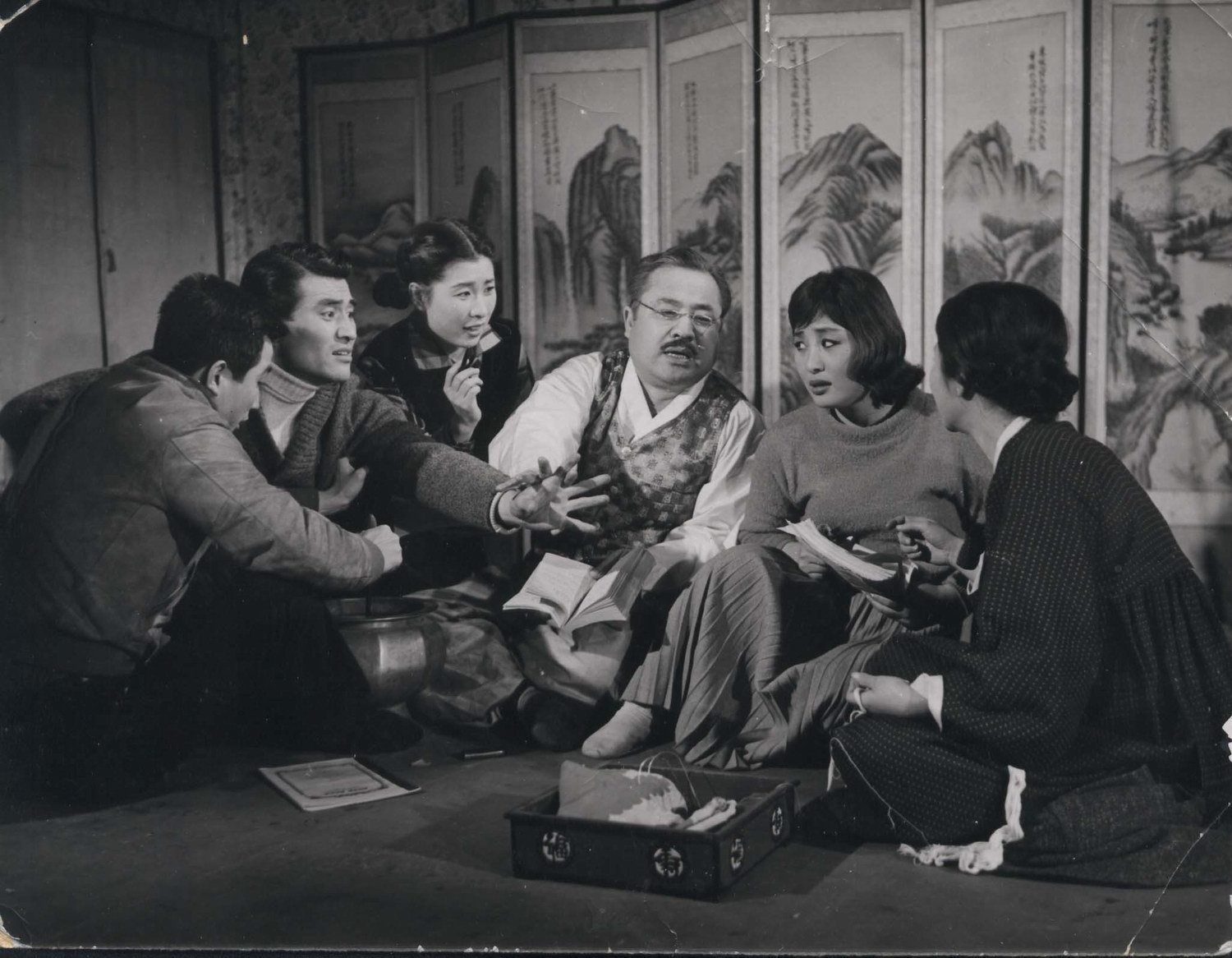 Synopsis
An insurance company employee, called â€œRomantic Papaâ€ by his children, heads a happy family of wife, two sons, and three daughters. On a modest salary, he nurtures his family with a ready smile. Forced into retirement because of his age, he is afraid to tell his family he has lost his job. His children discover the truth, but pretend not to know. They all get together for a happy celebration of his birthday.

Spring 2012 Film Series
What made Koreans laugh in the late 1950s and early 1960s? If popular movies are any indication, youâ€™ll find some answers to this question in the Center for Korean Studies spring 2012 film series. This semesterâ€™s program is stocked with a half-dozen representative family and romantic comedies produced by well-known directors of the period.