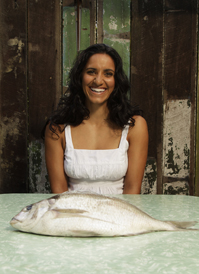 Madeline Sami performs in a show that was the basis for the movie, Naming Number Two, in which a cranky old Fijian matriarch decides it is time to hold a feast to name her successor.

Playing all 9 characters in a show described as â€œmixing kava with karaoke,â€ Sami received wide acclaim in New Zealand for her performance, including a Best Actress Award. â€œSami displays a practically superhuman talent for eclectic characterizations that goes far deeper than mere caricature. No. 2 is a must see classicâ€¦â€â€“ Theatreview, NZ 2009 Presented by partnership of Tim Bostock Productions, East-West Center and Leeward Community College Theatre