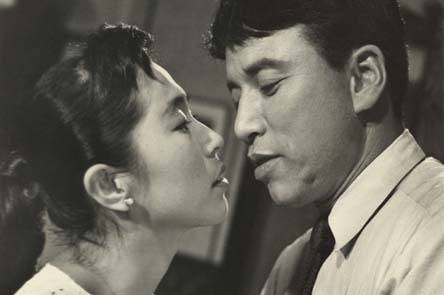 Synopsis
Dr. Koâ€™s daughters have rocky love lives. The first confesses her past on her honeymoon when her husband asks her to forgive his past. He breaks off the marriage and leaves while she confines herself to home for three years. The second falls for a poor literary man and leaves home when her parents oppose him. The third chooses her fatherâ€™s arrogant assistant instead of a promising businessman.

Spring 2012 Film Series
What made Koreans laugh in the late 1950s and early 1960s? If popular movies are any indication, youâ€™ll find some answers to this question in the Center for Korean Studies spring 2012 film series. This semesterâ€™s program is stocked with a half-dozen representative family and romantic comedies produced by well-known directors of the period.