Seminar: Global warming in round numbersâ€”toward a zero-carbon economy 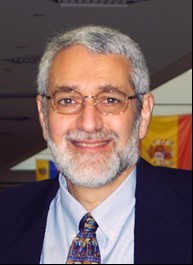 Evidence for rising global temperatures and evidence of the human role in causing most of that riseâ€”by burning fossil fuelsâ€”is overwhelming. Yet humanity is not behaving as if threatened by the crisis that climate models predict. As entrenched interests and â€˜science deniersâ€™ obscure data to claim no action is necessary or the cure is worse than the disease and activists seek to bend the climate imperative to other social goals, the broader public is left threatened and confused. This presentation seeks to cut through this confusion by laying out three arguments: 1) global warming is real; 2) humans are causing it; and most importantly 3) we can achieve a carbon-neutral economy without giving up the lifestyle we enjoy today. A simplified model of a growing US economy suggests that with todayâ€™s technology the cost of decarbonization is roughly the same as that of one mild recession. The need to store energy at high density makes transportation a particular challenge that will be discussed in more detail. It is hoped that this pragmatic approach will help end the arguments over the need for action and promote discussion of policies that harness competition and innovation for a drive to carbon neutrality.

Michael A. Tamor joined the ASU School for the Future of Innovation in Society in 2017 after retiring from Ford. In 2013, he was appointed Henry Ford Technical Fellow for Energy Systems and Sustainability. There he conducted research on optical properties of novel semiconductor alloys, disordered materials, and electronic devices for high-temperature operation and applications. He also led research and development of hybrid electric vehicle (HEV) and fuel cell (FCV) propulsion systems. In 2010, he was named to the Automotive News list of the â€˜Electrifying 100â€™ contributors to the transition to carbon-free transportation. He is a Fellow of the American Physical Society and continues to focus on his research on the future of cities and mobility needs and pathways to a carbon-neutral economy.