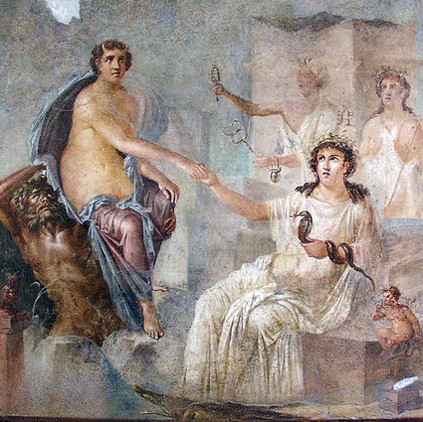 Isis, â€œGreat of Magic,â€ â€œbeloved wife of the god of the underworld,â€ â€œmother of the king of Egypt,â€ offered romantic love, happiness in this life and the next, and relief from present suffering to her worshippers. Her cult was the most successful mystery religion in the ancient world, remaining active for over three thousand years. The worship of Isis began in Egypt and spread across the Graeco-Roman world from Syria to Britain. Thanks to the survival of large quantities of artifacts and monuments, we know a great deal about the physical aspects of the cult. Worshippers built enormous numbers of cult objects, sanctuaries, temples and altars to provide sacred space and the equipment for rituals. Devoteesâ€™ votives, hymns, and religious texts reveal what worshippers were taught and how they prayed. Higher training in the cult was kept secret from the uninitiated, so all our evidence is cloaked in careful language and described through allegory and parable. The experience of the worshipper, from the first introduction and to initiation into the cultâ€™s highest mysteries, can now be reconstructed. This illustrated talk will lay out the new research on the worship of Isis as it developed across the millennia.