The Matryoshka Doll as Symbol of National Identity 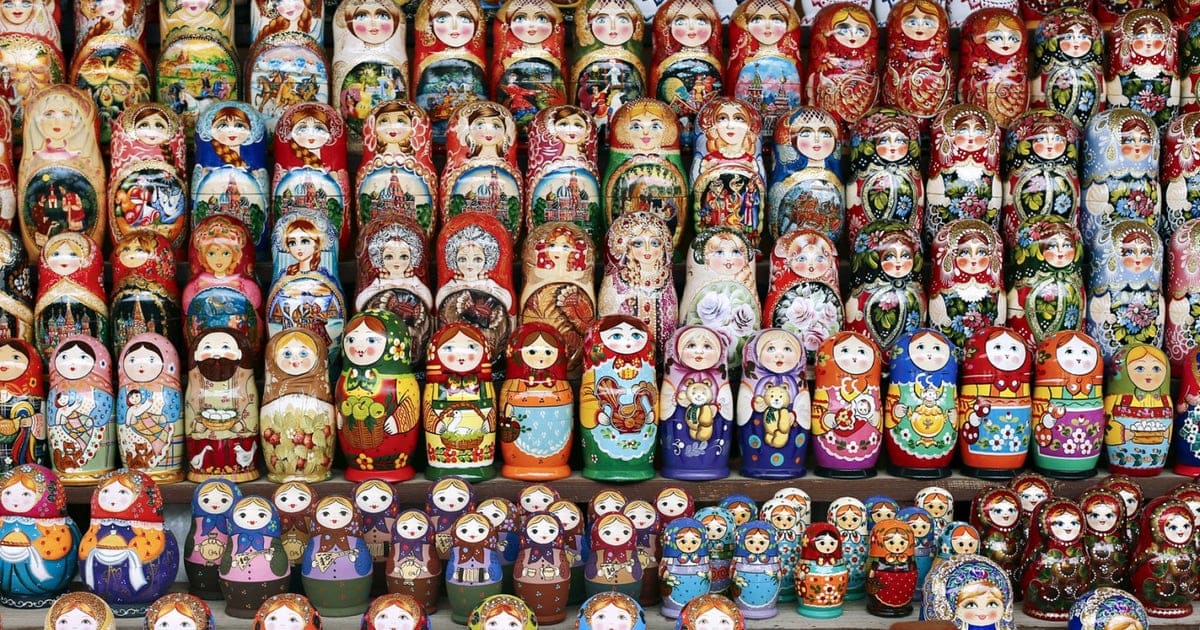 Matryoshkas are also used metaphorically, as a design paradigm, known as the â€œmatryoshka principleâ€ or â€œnested doll principleâ€. It denotes a recognizable relationship of â€œobject-within-similar-objectâ€ that appears in the design of many other natural and crafted objects. Examples of this use include the matrioshka brain, the Matroska media-container format, and the Russian Doll model of multi-walled carbon nanotubes.

The onion metaphor is of similar character. If the outer layer is peeled off an onion, a similar onion exists within. This structure is employed by designers in applications such as the layering of clothes or the design of tables, where a smaller table nests within a larger table, and a smaller one within that.

Helena Goscilo is Professor of Slavic at the Ohio State University, where she earlier served as Departmental Chair. Her publications range from articles on fashion, music, art, graphics, celebrities, film, and literature to books on contemporary Russian culture. Most recently she has co-edited a collection on Russian Aviation, Space Flight, and Visual Culture (Routledge 2017) and a cluster of articles on the St. Petersburg artistic movement called Neoacademism (2019). Currently she is working on a monograph titled Graphic Ideology: From Stalin to Yeltsin and a volume on contemporary Polish film.