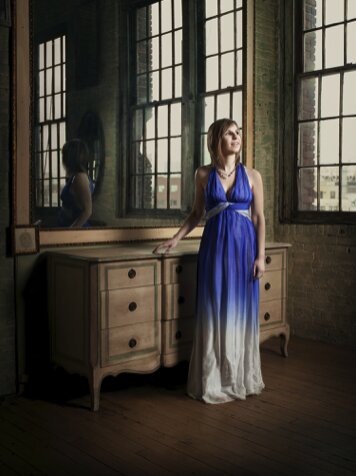 In 2012, Seven Stories Press published Rubin’s memoir, Do You Dream in Color? Insights From a Girl Without Sight. Recounting her experiences from childhood through the rise of her career as an opera singer, Rubin shows how her determination to continually surpass and redefine others’ expectations.

Rubin has performed a number of operatic roles, including the role of the voice/witch in Lisa Bielawa’s award-winning, episodic TV Opera “Vireo, the spiritual biography of a witch’s accuser,” broadcast on KCET’s Art Bound program. Laurie made her Ravinia debut in concert with Frederica Von Stade in September 2015.

She was also the title role in Rossini’s La Cenerentola, Mrs. Noye in Britten’s “Noye’s Fludde,” under the baton of Dr. Samuel Wong, the lead role of Karen in Gordon Beeferman’s The Rat Land at New York City Opera’s VOX Festival, Penelope in Monteverdi’s The Return of Ulysses at the Greenwich Music Festival and Elle in Poulenc’s The Human Voice at the Greenwich Music Festival and the Ohana Arts Festival. Ms. Rubin has also performed concerts of new music with The Chamber Music Society of Lincoln Center. She has collaborated with and premiered works by composers John Harbison, Gabriela Lena Frank, Keeril Makan, Bruce Adolphe, Noam Sivan and Gordon Beeferman.