NetherlandsNewGuinea 1949-1962: A Civilizing Mission in the Decolonization Era 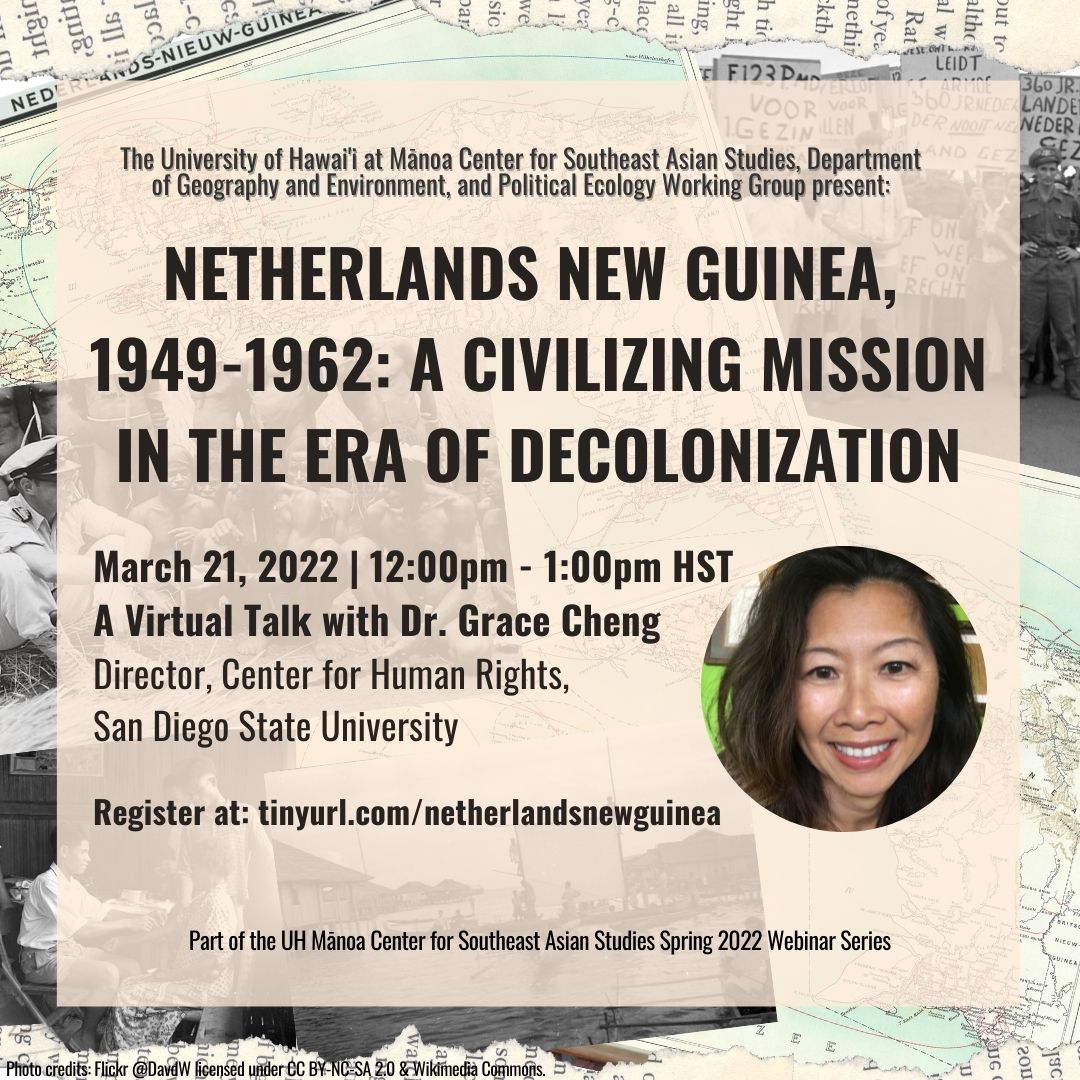 Although the “standard of civilization” had largely fallen out of favor in the postwar period, conceptions of “civilization” colored political campaigns regarding West Papua, or the Netherlands New Guinea (NNG), as the Dutch then referred to it, particularly in its efforts to retain the territory following the independence of Indonesia. This talk presents the Netherlands’ evolving “civilizing mission” and its campaigns to gain international support for its continued possession of the NNG after 1949. The talk refers to Dutch sources from the period that address its efforts to colonize the territory against the prevailing trend of decolonization, and how this undermined West Papua’s prospects for self-determination. About the Speaker: Dr. Grace Cheng received her M.A. in Asian Studies and Ph.D. in Political Science from the University of Hawai’i at Manoa. She is Associate Professor Emeritus from Hawai’i Pacific University and currently the Director of the Center for Human Rights at San Diego State University, where she continues to teach courses in political science and history. Dr. Cheng’s specialization is in comparative and international politics, and her current work addresses intersections of self-determination and human rights.