The contested production of property: State land and plantations in Laos 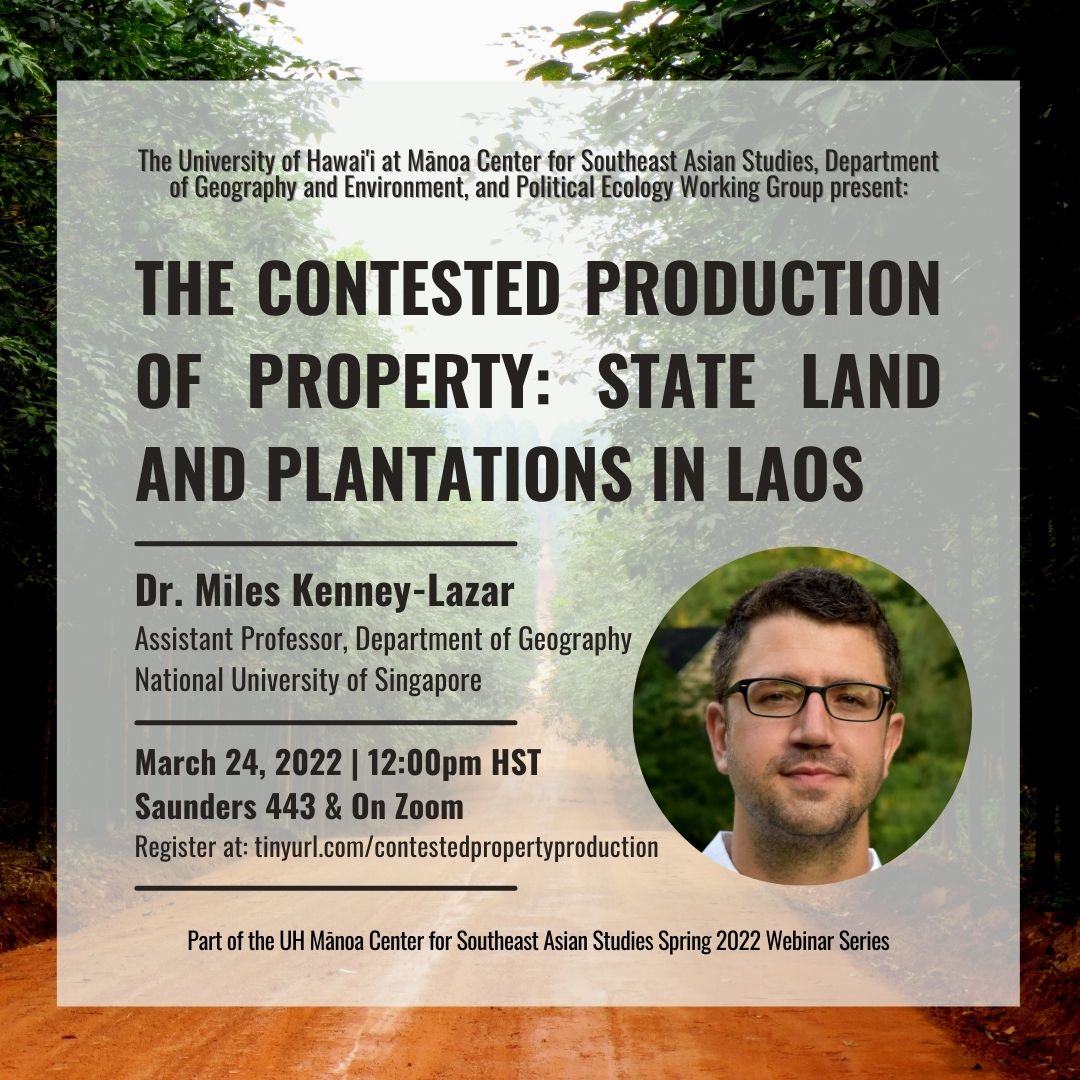 Over the past two decades, the government of Laos has pursued an ambitious policy of economic development referred to as “Turning Land into Capital”. Mirroring global trends of land grabbing, the policy includes various forms of land commodification but is epitomized by the granting of long-term, large-scale land concessions to foreign enterprises for agribusiness, mining, hydropower, and infrastructure projects. Having granted 1.1 million hectares, or five percent of the national territory, government land concessions hinge on the category of “state land” that can be leased to private capital. Far from being intrinsic to a socialist state popularly understood to own all land within national borders, state land must be produced through a range of socio-material practices in advance of resource extraction projects, such as community consultation, land surveying, mapping, and land clearing (not necessarily in that order). Such practices inevitably encounter various forms of contestation when attempts to carve out “state land” run up against decades-old forms of customary land and resource use, access, and management. Mobilizing ethnographic research conducted in Southern Laos between 2013 and 2015, this presentation will highlight contested processes of producing state land for foreign agribusiness plantations in the borderlands populated by ethnic minority groups. It reflects upon how the production of private property is dependent on public forms of power that must be relationally produced vis-à-vis multiple and contested claims to land. About the Speaker: Miles Kenney-Lazar is an Assistant Professor of Geography at the National University of Singapore. His research investigates the political ecologies of land, commodification, and plantations in the Mekong Region, particularly in Laos and Myanmar. He is interested in how rural groups of people are shaped by and contest new regimes of value production and extraction. This talk is co-hosted by the University of Hawai’i at Mānoa Department of Geography and Environment, Political Ecology Working Group, and Center for Southeast Asian Studies